After a restful sleep and a volcanic breakfast in the two hotels Pfeilers and Hödl-Kaplan, the second day started with a guided tour and tasting at the chocolate manufacture Zotter. Through glass corridors the group could visually accompany the chocolate bean from the roasting to the finished chocolate in this transparent factory. In between, there was time to taste lots of chocolate.

During the visit to the small organic farm Raabauer Eisvogel of Wilma and Karl Kaufmann, where redcurrant, elderberry, aronia and pumpkin as well as roses are cultivated, the group had an insight into the processing steps in a small organic farm in the Vulkanland.

Revitalised by the pumpkin soup, we went to the organic flower farm “vom Hügel” where the participants made an autumn / winter arrangement from regional, seasonal elements of nature (branches, flowers and leaves as well as fruits) – slow flowers.

At the end of the study trip, a visit to the Heurigenschenke “Sterngucker” with Styrian Brettljause and Junkertasting took place, as is tradition in Styria on the Wednesday before Martini (11.11.). With a glass of young wine of the current year (Junker) the impressions of the study trip were discussed, experiences from the respective regions exchanged and questionnaires filled out.

The results of the study tour will be used to provide custom-made holiday packages for the target group ladies 55+ as well as couples 55+ in the secondary season and will be presented in a separate article after the evaluation. 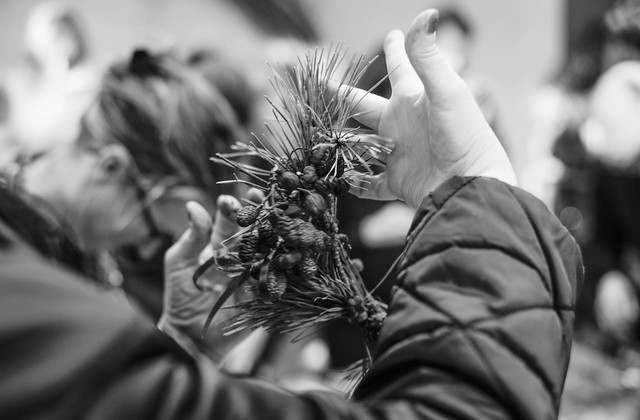 As part of the project Eden55plusNW, a group of small and medium-sized enterprises from Slovenia and Croatia, as well as a representative of a senior citizens’ organization, visited the Austrian region “Vulkanland Styria” from 8th – 9th November. The goal of the study tour was, on the one hand, the learning of the tourist offer of the region around Feldbach, as well as the networking of SMEs from Slo / Cro / Aut among each other.

With a Slovenian bus company the entrepreneurs started in Maribor, accompanied by Agencija M from Maribor. From Straden Gabriele Grandl / agency Spirit of Regions supported the tour guide with stories about the Vulkanland Styria.

The Feldbacher Power breakfast at Cafe Jörg Wolf was a seasonal array of colour in the morning. Just a few steps away the guests were amazed at the rich collection in the Universalmuseum Tabor, originally built as a defense system in the Middle ages. Beatrice Strohmaier lightheartedly led the group. Scarcely sitting on the benches of the old school class, they attempted to write with ink and feather and decorated paper bags creatively. A souvenir of the region – a volcanic tuff stone – went into these bags.

The mayor of the town of Feldbach and chairman and initiator of the Vulkanland, Mr. Josef Ober, gave an stimulating speech on the development of the region over the past 20 years and and the goal envisaged.

At the luncheon in the Gasthof Hödl-Kaplan, with chestnut soup and Styrian fried chicken, there was enough time to discuss the impression of the mayor’s speech.

Snowfall created the perfect setting for the following visit, namely the Christmas exhibition in the Renaissance castle Kornberg. 150 craftsmen and food producers present their products in the vaults.
Food philosophy and his regional way of thinking were illustrated by Roman Schmidt from the advertising agency Conterfei, including organic beer by Lava Bräu.

At the Vulcano ham factory, the group learned all the facts about the raw ham production that pioneered the region. A film-based fairy tale about the dream come true, an emotionally medial portrayal of increasing maturity with landscapes of all four seasons, a pleasing flavour to the palate in the tasting – Vulcano is one of the best ham in the world.

The conclusion of the first intensive day was the visit to the Herrenhof Lamprecht. A dedicated organic wine-grower enlightened us his wine selection and opened the gate in the vaulted cellar to a Blues Concert. 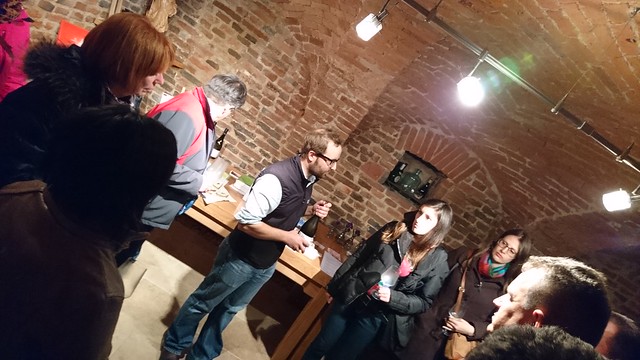